Apple: from breaker of chains to McGiver of disaster. 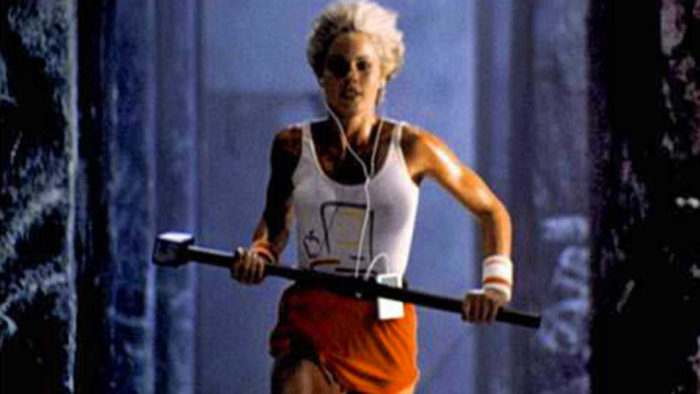 Few dates possess as strong a cultural resonance as 1984.

Orwell’s novel, a dystopian fantasy of a state-controlled world, still looked like a distinct possibility when that year came to pass. The Cold War ground on, the Soviet Union seemed implacable, and the totalitarian threat to individualism seemed as present as it did when the book was first published in 1949.

Apple’s 1984 Mcintosh was the breakthrough that set the computer on course to becoming a household object. It was not just the portable size of the Macintosh or its UI design but specific storytelling that enabled Apple to frame this product as a victory for the individual hero over a faceless, Orwellian authority. The Macintosh became a symbol of personal liberation.

Then we stepped into financial crisis, Trump’s presidency, robot dogs roaming the streets beside police officers, decentralized currencies revolutionizing the economy, jobs being automated, and billionaires commercializing space as Earth faces a record-breaking climate crisis…The Internet and Technology did not stitch us all together.

One week ago, Apple held its Fall Hardware Event. It took more than an hour and a half to introduce the new devices. Something struck me powerfully: drowning in water, freezing in the snow, burning in the desert. Just merely surviving. This is how Apple introduced its latest array of Apple Watche.

For the past 40-odd years, Apple has been the greatest company on Earth at precisely one thing: channeling our optimism for a better tomorrow through objects crafted to be faster, slimmer, and more capable than ever. Once a celebratory glimpse of the future, last week’s show, was all-in on another tact opening its hardware event with very different storytelling: the world is already on fire. You’re already getting burned. Just make sure that you live to tell the tale. Some dark positioning for the dark times we live in.

Let’s go back to 1984. It was a fiction of resistance, rebellion and winning over to a better future. Today, Apple’s newest line of products doesn’t promise to make your life better, per se, but they will do what they can to prevent your life from worsening. That’s a depressing reason to drop €800 on a new smartwatch.

What does the world’s most powerful brand radically shifting its storytelling exactly means and how may it limit us? I can’t help thinking that it’s too easy to be the guru of optimism when conditions are optimal. Paradoxically, the Anthropocene also raises questions in terms of storytelling, if we believe in the capacity of narratives in changing attitudes, understanding, and ultimately behaviors. I wonder if Apple will be satisfied with this role of “McGiver of disaster” or if it will be able to show more courage and ambition in and for the future.