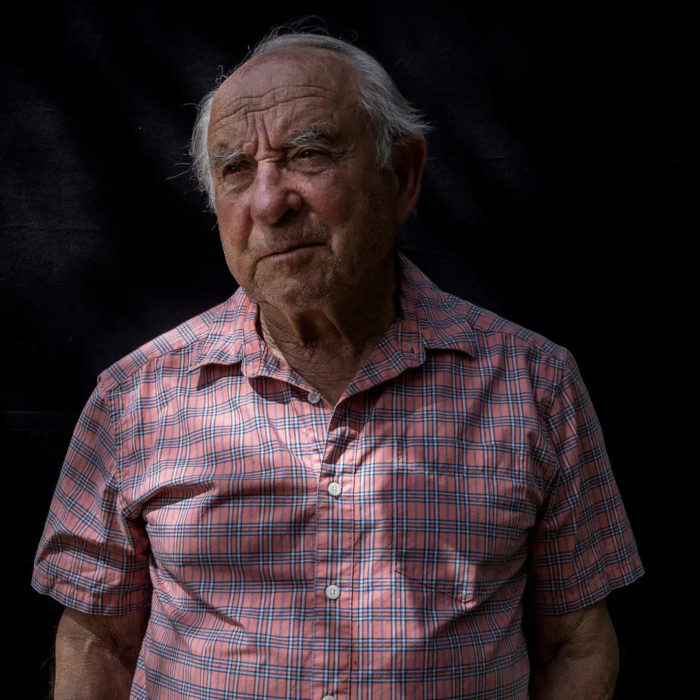 When the news hit last week that Yvon Chouinard and his family had given up ownership of Patagonia, waves of mixed emotions from fans and the broader business community arose: inspiring, incredible, optimistic, cynical—and sometimes all at once. I took some days to read and reflect a little bit about the meaning of it and being able to say something more than it is an «inspiring example» and Patagonia «how great, I have had Patagonia Jackets for more than 20 years» blah blah.

The truth is that Yvon Chouinard and Patagonia have been inspiring for over 40 years. They started in the early seventies when stopping selling steel pitons as more and more climbers hammered the pitons into the rock face. Continued in the ’80s, set up their donation program to small non-profits devoted to habitat restoration (more than 100$ million granted to grassroots activism by 2020); in the ’90s, when taking a deep dive to understand and map the total environmental impact of its supply chain, focusing in particular on the damage caused by using its four main inputs: cotton, wool, polyester, and nylon—and deciding to move to organically-grown cotton in 1996, despite the sourcing change “tripling the company’s supply costs.»

It went on in the 2000s when running a series of campaigns way ahead of the curve, questioning to whom businesses are responsible. Is it Their customers? Shareholders? Employees? Chouinard argued that it was none of the above: “Fundamentally, businesses are responsible to their resource base” and concluded that “Without a healthy environment, there are no shareholders, no employees, no customers, and no business.” He was there deploying a much deeper version of the sustainability agenda, integrating the need not only for environmental protection but for environmental regeneration.

Pioneering seems to be part of their DNA since it continues today, once again setting a gigantic standard for others to consider with this latest move. So, facing a business world that so often takes lightly and even distorts words like regenerative, sustainability, or purpose, the first learning from Chouinard’s move is that the only way to lead is by example. It should be clear by now that no marketing strategy, communication campaign, and other well-designed bullshitting will save you if you don’t walk the talk.

The second learning, looking at the company’s history, is that the company has always functioned as an experiment in doing business in unconventional ways. Little anecdote: in 1964 he produced his first mail order catalogue, advising potential customers not to expect fast delivery during the climbing season:). From this perspective, they are pioneers of organizational innovation, allowing people to get creative and innovate to align their structure with their mission. By transferring all ownership to two newly created entities— cementing the company’s values in its operating structure and stepping up its fight against the climate crisis— Patagonia lives up by its culture, doing what it has done over decades in so many other things : reinventing (or regenerating) itself, creating a better option when the ones available aren’t good.

Indeed, Patagonia’s status as, until now, private-owned has always made the company appear as an outlier. A business that, because of its past and lack of shareholder accountability, could push the envelope in ways other companies weren’t free to do. When remembering the overwhelming reaction of the social networks last week (often coming from people working in the most traditional and unsustainable companies and businesses around), one key issue is how far and how much the SYSTEM / US is ready to learn from Patagonia.

There is much to learn from someone who consciously decided to stay within the system to change how people do business by showing the example. Allow me to clarify. It is some sort of poetic justice that two of the most inspiring examples of environmental commitment come from the apparel sector in the US. With Chouinard, we should not forget Doug Tompkins, founder of the North Face and Esprit. Friends of Chouinard, these two self-made men distrustful of business approached their passion for the wilderness and the planet differently. Tompkins opted in 1989 to exit the business entirely, concluding that capitalism could never be sufficiently sustainable to reverse environmental degradation. He purchased 1.5 million hectares of land in Chile and Argentina, which he converted into protected areas and national parks. Compared to his quixotic strategy, Patagonia’s improving the apparel system within it has proven its scalability: as Patagonia stepped up its sustainable materials supply chain, so have such competitors as The North Face. Years after Patagonia invested heavily in regenerative agriculture through Patagonia Provisions, some of the largest food and beverage companies in the world—think Walmart—have stepped up their interest and investment in the space. This is where the biggest impact can be found.

The third lesson is that nobody is perfect. Sustainability for the planet is a long run, sometimes made of contradictions and paradoxes. At a time when the question of «sobriety» and décroissance comes to the table, Patagonia continues to thrive off of a consumer culture that is inherently wasteful in environmental terms. The company has tripled sales since the early 2000s, running counter to Chouinard’s stated goal of moderated and sustainable growth and suggesting that the Worn Wear program and anti-consumerism advertisements are not delivering paradigm shifts. The “Don’t Buy This Jacket” campaign worked to boost Patagonia sales. It is difficult to say if that growth came only from taking market share and quantifying how many consumers truly needed a new jacket versus those that bought a new jacket inspired by the advertisements. The refreshing thing about Patagonia, is that they don’t try to hide the imperfections: they put them on the table, question them, and try to come up with solutions.

Milton Friedman lost the rhetoric battle about shareholder capitalism long ago. Chouinard’s example and its latest fundamental change in the company’s ownership structure may have given him his death blow while showing the way to everyone else, a way I would define «business as unusual.» Food for thoughts, beyond the outdoor gear 🙂

‹ The age of polemics: conflict, communication, and content. Apple: from breaker of chains to McGiver of disaster. ›
‹ Previous Next ›